Dan Gable’s records as an athlete and coach speak for themselves. In the history of sport, no one has been so dominant in both avenues.

As an athlete, Gable was a championship wrestler at every level. He was a three-time Iowa high school state champion at Waterloo West and a two-time NCAA champion at Iowa State University. His career as an athlete culminated in the 1972 Olympic Games in Munich where he won the Gold Medal and did not surrender a single point to any of his opponents. As a coach he was even more dominant in leading the Iowa Hawkeyes to an unprecedented 15 National Championships in 21 seasons.

Gable’s success as an athlete and coach is a direct result of his dedication and ability to get the very most out of himself and others. Gable is a renowned speaker on the topics of overcoming adversity, team building, performance enhancement, and motivation. He has spoken to diverse audiences, ranging from high school students to Fortune 500 executives.

Gable’s speaking style is dynamic and entertaining. He relates his life experiences and gives his formula for success which his listeners can apply in their everyday lives.

Let Dan Gable help your organization be the very best it can be.

Fill out the Motivational Speaking Inquiry Form below to discuss how Coach Gable can better your organization or company.

“Dan immediately grabs your attention and does not let go as he weaves through his life’s struggles and victories, pulling it all together in the end with a lesson on dedication and attitude. No matter the audience, he will leave you motivated, inspired, and ready to take on the world, much like he used to do with his Iowa teams. Dan Gable is at his best when he is Coach Gable and he did not disappoint.” 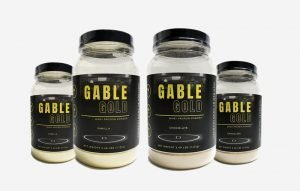